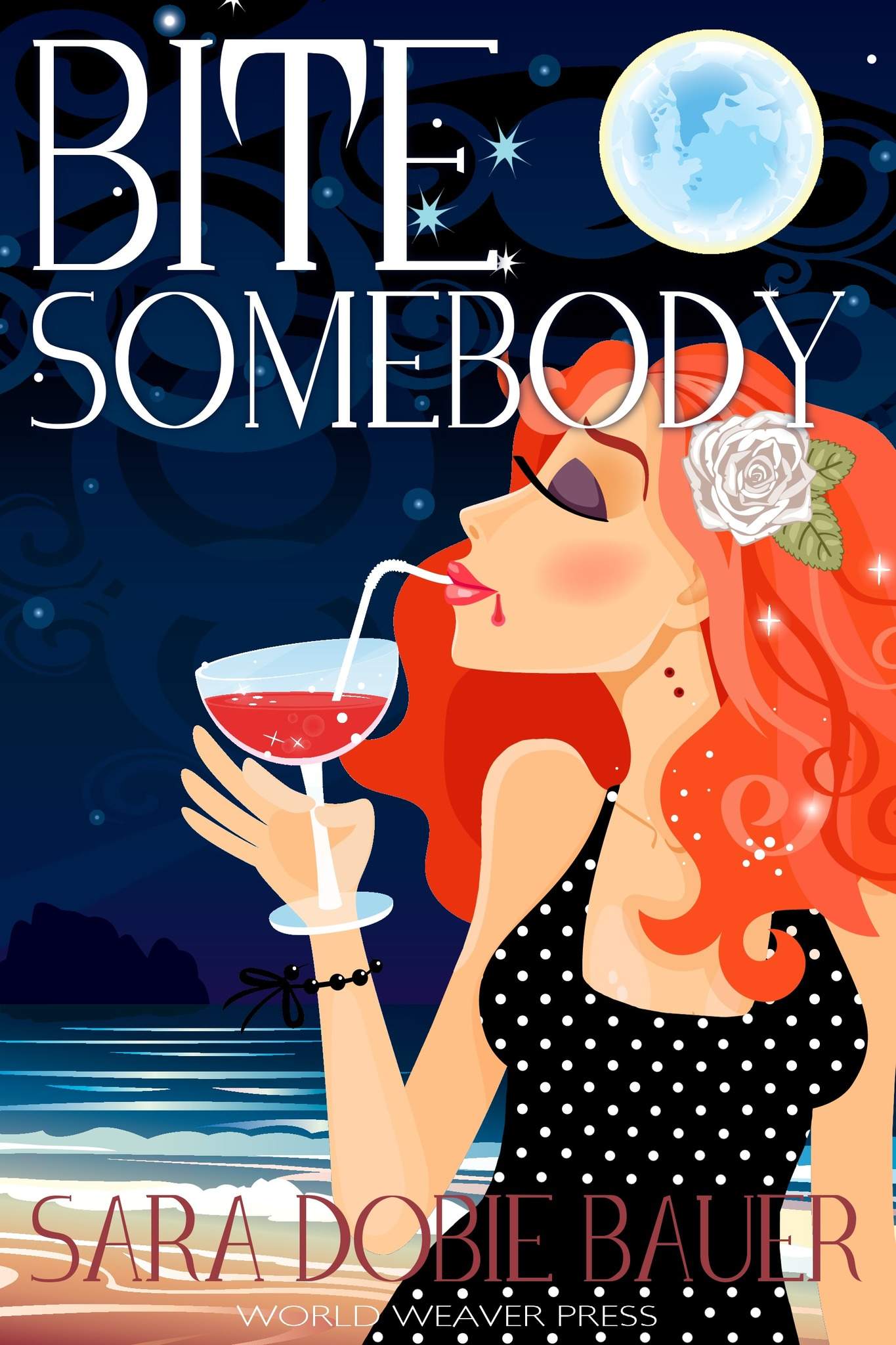 Unabashedly witty and charming, Bite Somebody by Sara Dobie Bauer is what you’d get if John Hughes and Amy Heckerling teamed up to write a vampire rom-com. Bauer’s book is whip-smart, funny as hell, and utterly adorable.

“Do you want to be perfect?”

That’s what Danny asked Celia the night he turned her into a vampire. Three months have passed since, and immortality didn’t transform her into the glamorous, sexy vamp she was expecting, but left her awkward, lonely, and working at a Florida gas station. On top of that, she’s a giant screw-up of an immortal, because the only blood she consumes is from illegally obtained hospital blood bags.

What she needs to do—according to her moody vampire friend Imogene—is just … bite somebody. But Celia wants her first bite to be special, and she has yet to meet Mr. Right Bite. Then, Ian moves in next door. His scent creeps through her kitchen wall and makes her nose tingle, but insecure Celia can’t bring herself to meet the guy face-to-face.

When she finally gets a look at Ian’s cyclist physique, curly black hair, and sun-kissed skin, other parts of Celia tingle, as well. Could he be the first bite she’s been waiting for to complete her vampire transformation? His kisses certainly have a way of making her fangs throb.

Just when Celia starts to believe Ian may be the fairy tale ending she always wanted, her jerk of a creator returns to town, which spells nothing but trouble for everyone involved.

Celia is quirky and endearing as the reluctant newbie vampire, and her unlikely BFF Imogene is endlessly delightful. As the romantic foil, Ian is perfectly swoon-worthy and lovably dorky in equal parts. And the villainous Danny is the perfect fodder for Celia to face down as she gets her fangs under control, and starts taking control of her undead life.

Bauer has a knack for comedic writing, and her humor carries the book from start to finish — with bits of drama, danger, romance (both sweet and steamy), and friendship interjected throughout for what is, ultimately, a totally fun, engaging read. The characters and the comedy draw you in, and the characters and their dilemmas see you through to the very last page.

I loved every bit of this book. Though written for adults, none of the mature content is too graphic; so this would be perfectly appropriate for older teens, as well. And in fact, Celia does experience her own coming-of-age story throughout the course of Bite Somebody; but rather than transitioning from adolescence to adulthood, Celia transitions from her human life (which, let’s face it, was rather droll and depressing) into her vampire life, where she learns to embrace her identity, her sexuality, and her thirst for life.

Bite Somebody is in stores NOW!

One thought on “Bite Somebody by Sara Dobie Bauer”