2012 has given us some fantastic adventures in Middle Grade. Now we’re looking forward to another year of magic, mystery, and fun!

Below you’ll find a list featuring many of this year’s most anticipated new MG books!

The Golden Rectangle by Gillian Neimark

The Fellowship for Alien Detection by Kevin Emerson

The Legend Thief by E.J Patten

Through the Skylight by Ian Baucom,Justin Gerard

The Ability by M.M Vaughan

The Girl from Felony Bay by J.E Thompson

The Hero’s Guide to Storming the Castle by Christopher Healy

The Key and the Flame by Claire M. Caterer

The Lightening Catcher by Anne Cameron

The Rithmatist by Brandon Sanderson

The Wig in the Window by Kristen Kittscher

The Everafters: Of Witches and Wind by Shelby Bach

The Scorpions of Zahir by Christine Brodien-Jones 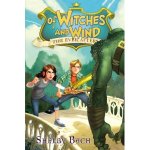 Rise of the Elgen by Richard Paul Evans

The Secret of the Fortune Wookie by Tom Angleberger

The Spy Princess by Sherwood Smith

Legends of Zita the Spacegirl by Ben Hatke

The Girl Who Fell Beneath Fairyland and Led the Revels There by Catherynne M. Valente

The Spindlers by Lauren Oliver

Jim Morgan and the King of Thieves by James Matlack Raney

4 thoughts on “Most Anticipated Middle Grade Releases of 2013”