In John Corey Whaley’s new book Noggin,main character Travis has his head chopped off and cryogenically frozen. Five years later, he wakes up with his head attached to someone else’s body.

Now, in our interview with him, Whaley admits he didn’t really do any research on cryogenics. After all, the mechanics of this make-believe science weren’t the critical part of his story.

But what do we actually know about cryogenics? Here are 5 things:

1. Cryogenics is actually the study of the production and behavior of materials at very low temperatures. The science fiction technology featured in Noggin(and other pop culture) is actually called cryonics. Cryonics is the idea that we can freeze people or animals suffering from terminal illnesses, with the hope that they can be thawed out and cured in the future, when medicine has made further advances. 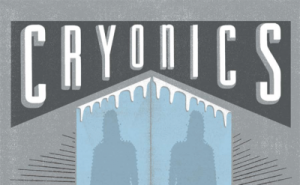 2. Most scientists regard cryonics as science fiction, and regard the idea with skepticism. But 62 scientists actually signed an open letter supporting the idea.

3. Has anyone actually frozen themselves in the hopes of being thawed out and cured in the future? Oh yes. Since the idea was first proposed in 1962, some 270 or so people have undergone “cryopreservation.” Of course, in the United States, these individuals must first be declared legally dead – otherwise it would be considered murder or assisted suicide. The most famous person to undergo “cryopreservation” is baseball player Ted Williams. (Rumors about Walt Disney are totally bogus.) 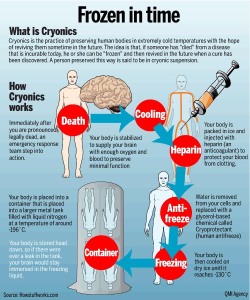 4. There actually is currently no technology available to actually revive people who undergo “cryopreservation.” And the hope of one day being revived rests solely on theoretical, future science that does not yet exist.

5. So what does it cost to undergo “cryopreservation”? It starts at around $12,000 for freezing only your head or brain (like in Noggin) at a European company called KrioRus, but can run upwards of $250,000 to freeze your entire body from Alcor.

For the comments: What else do you know about cryonics? What are your thoughts on the idea? Tell us below!