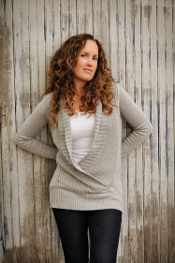 Will there be a third book? YES!

Will it be called Tempest? MAYBE!

Will it be a best seller? DEFINITELY!

On Sept. 10 Becca Fitzpatrick was able to share with her fandom that yes, there will be a third book in her Hush, Hush series, tentatively called Tempest.

Simon & Schuster Books for Young Readers will publish Tempest, the third and final book in Becca Fitzpatrick’s Hush, Hush trilogy, on October 18, 2011. The book will be edited by executive editor Emily Meehan and will have a first printing of 250,000 copies. The second book in the trilogy, Crescendo, has just gone on sale. Meehan negotiated the deal with Catherine Drayton of Inkwell Management for North American, audio, and e-book rights.

Becca said — despite the above statement — that she has no idea if this is the last book in the series, but earlier this month, she did share EXCLUSIVELY with Novel Novice the first sentence of the third book (keep in mind these things can always change!):

As a rule, I kiss with my eyes closed, but tonight temptation got the better of me, and I stole a glimpse.

And get this — Becca already has a playlist for The-Book-Tentatively-Known-As-Tempest on her website! Does it give away any clues? Listen and find out! Then leave your best guesses in the comments!

23 thoughts on “Hush, Hush series: What we know about the third book!”