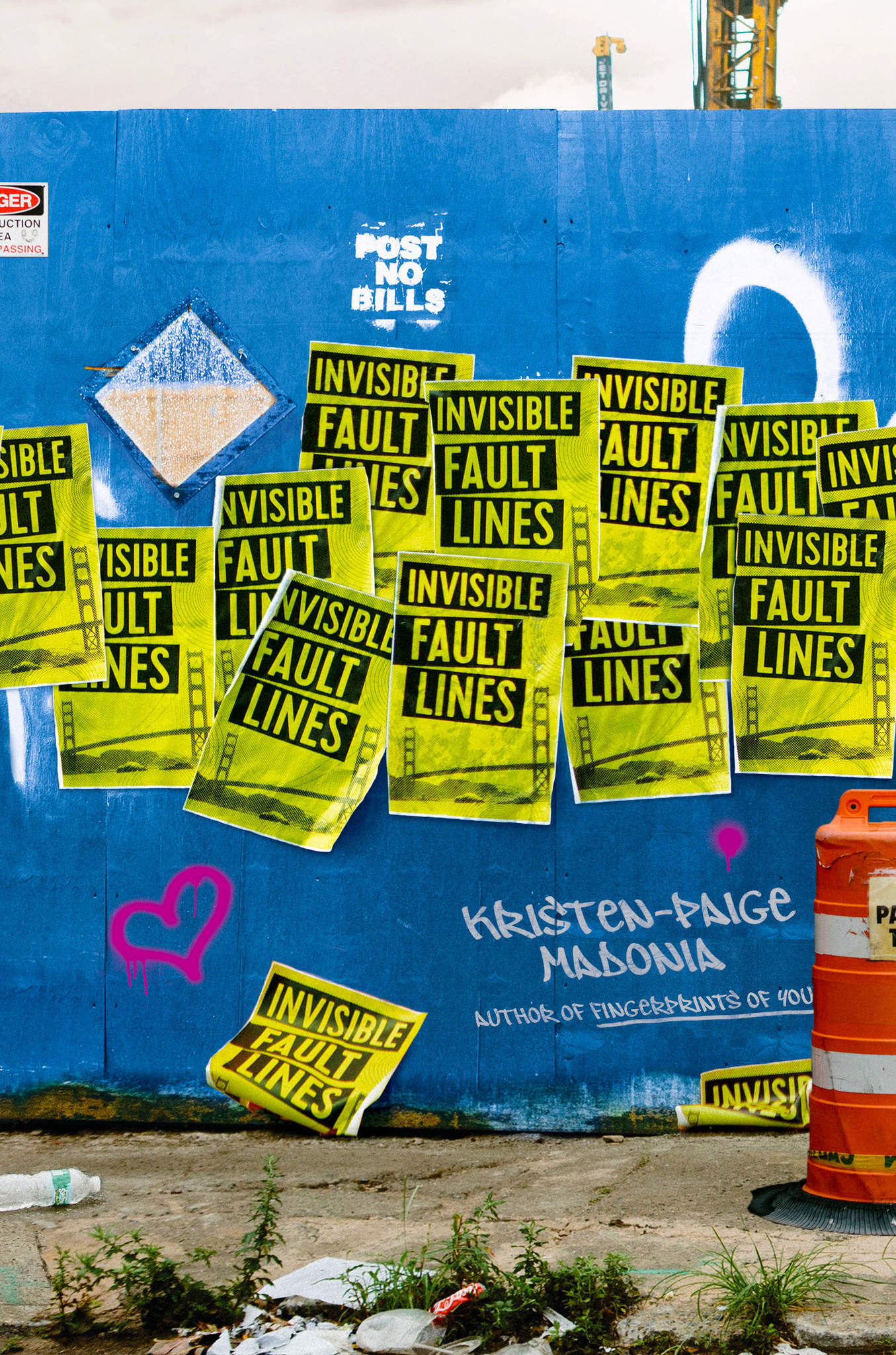 Our week-long feature on Invisible Fault Lines by Kristen-Paige Madonia continues today with a look at the official playlist for the book. (And don’t miss another chance to earn FIVE more entries in our contest, too!)

First, a note from Kristen-Paige:

I always create a Playlist that I listen to while I’m working on a book – I’ll add to it as I write, and I use it as a way to enter the story and remind myself of the tone and voice of the piece, which is especially helpful if I’ve gone a few days without writing. These aren’t the songs Callie listens to, though there are a lot of musical references throughout the novel; instead, these are the songs I listened to to help me access her thoughts and feelings. The songs below were pulled from the original Playlist I used when writing her story.

“When We Were Younger” – SOJA

“This Must be the Place” – Talking Heads

“Murder in the City” – Brandi Carlile

“In the Sun” – Michael Stipe & Coldplay

Tired of living in limbo, Callie finally decides to investigate her father’s disappearance for herself. Maybe there was an accident at the construction site that he oversaw? Maybe he doesn’t remember who he is and is lost wandering somewhere? But after seeing a familiar face in a photo from the Great San Francisco Earthquake of 1906, she wonders if the answer is something else entirely.

Hailed by Judy Blume as a “remarkable young novelist,” Kristen-Paige Madonia, author of Fingerprints of You, explores how to rebuild a life after everything seems lost.

The contest runs through midnight (PT) on Sunday, May 1st. U.S. only. The winner will receive a signed finished copy of Invisible Fault Lines, a bookmark, and a sticker! Check out every post this week for your chance to earn more entries!