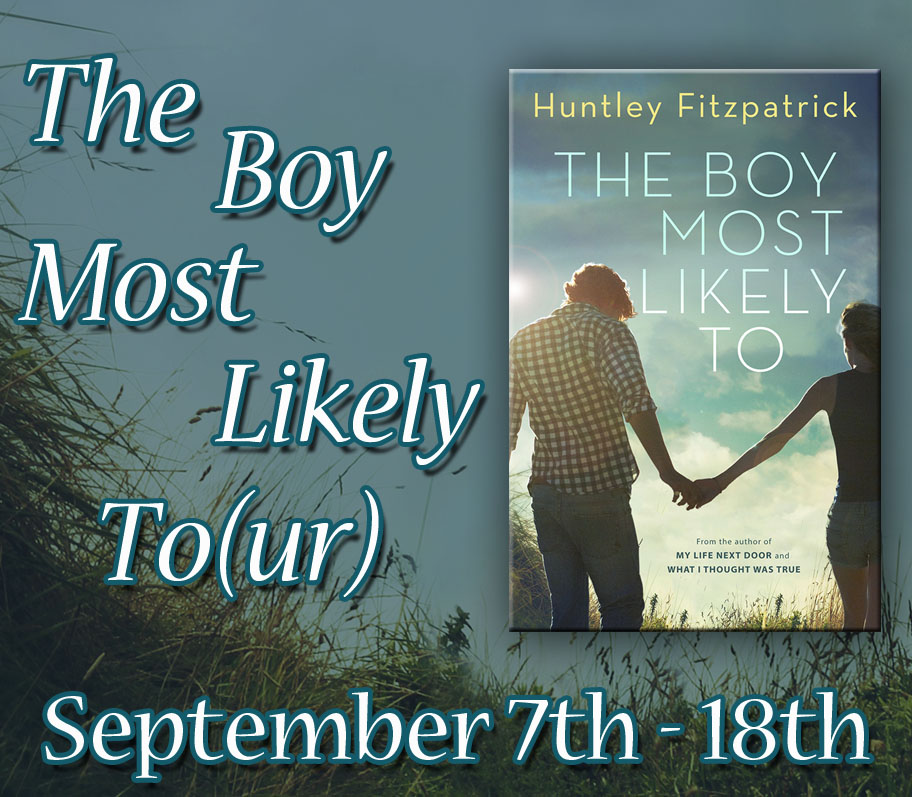 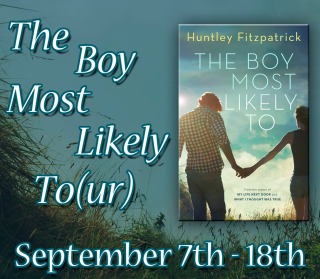 Welcome to Day #2 of The Boy Most Likely To(ur)!

To celebrate the release of The Boy Most Likely To by Huntley Fitzpatrick (8/18/15), 10 blogs across the web will be featuring exclusive content from Huntley, as well as a chance to win a YA Goodie Basket in the Grand Prize Giveaway!

Today, Huntley stops by to play Two Truths and a Lie!

Two Truths and a Lie

Some of you may be familiar with 2 Truths and a Lie (if you’ve ever gone to  summer camp or been a freshman in college).  Huntley will be giving us 3 statements each about herself, The Boy Most Likely To, Tim Mason, and Alice Garrett — two of which will be true, one of which will be a LIE. Then object of the game is to identify the lie. The answers are at the bottom!

Two truths and a lie about Huntley Fitzpatrick:

Two truths and a lie about the book:

Two truths and a lie about Alice Garrett:

Two truths and a lie about Tim Mason:

A surprising, utterly romantic companion to My Life Next Door—great for fans of Sarah Dessen and Jenny Han.

Tim Mason was The Boy Most Likely To find the liquor cabinet blindfolded, need a liver transplant, and drive his car into a house.

Alice Garrett was The Girl Most Likely To… well, not date her little brother’s baggage-burdened best friend, for starters.

For Tim, it wouldn’t be smart to fall for Alice. For Alice, nothing could be scarier than falling for Tim. But Tim has never been known for making the smart choice, and Alice is starting to wonder if the “smart” choice is always the right one. When these two crash into each other, they crash hard.

Then the unexpected consequences of Tim’s wild days come back to shock him. He finds himself in a situation that isn’t all it appears to be, that he never could have predicted . . . but maybe should have.

And Alice is caught in the middle.

Told in Tim’s and Alice’s distinctive, disarming, entirely compelling voices, this novel is for readers of The Spectacular Now, Nick and Norah’s Infinite Playlist, and Paper Towns.