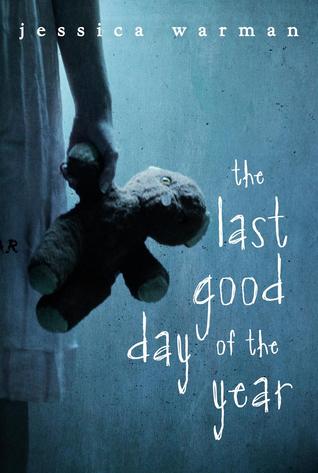 A chilling “ripped-from-the-headlines” premise about a young girl kidnapped and killed paves the way for a gripping and quiet thriller about the aftermath of such a tragedy. The Last Good Day of the Year is a slowly paced, intriguing look at what happens to the people left behind after a gruesome crime.

Ten years ago, in the early hours of New Year’s Day, seven-year-old Samantha and her next door neighbor, Remy, watched as a man broke into Sam’s home and took her younger sister, Turtle, from her sleeping bag. Remy and Sam, too afraid to intervene at the time, later identified the man as Sam’s sister Gretchen’s much older ex-boyfriend, Steven, who was sent to prison for Turtle’s murder.

Now, Sam’s shattered family is returning to her childhood home in an effort to heal. As long-buried memories begin to surface, Sam wonders if she and Remy accurately registered everything they saw. The more they re-examine the events of that fateful night, the more questions they discover about what really happened to Turtle.

There is a quietness to The Last Good Day of the Year that you wouldn’t expect from most thrillers — and while the slow-building tension may not work for all readers, I found it captivating. I was intrigued by Sam’s life in the wake of her sister’s disappearance, and the emotional roller coaster she experiences returning to the home where the kidnapping took place.

And while Sam is haunted by her sister’s death — and her rising doubts about who is really to blame — we also see that there is more to her than just being “the sister of the kidnapped girl.” She has hopes and dreams; feelings for the boy next door. Typical teenage problems — wrapped up in the turmoil and tragedy that haunts her family wherever they go.

The Last Good Day of the Year is a captivating look beyond a headline-making tragedy, and a gripping portrayal of love and life. Look for it in stores on May 19th.