Today, we have an exciting exclusive behind-the-scenes look at the Morganville Vampires web series — and just in time for the premiere of the season one finale, which goes online TODAY! Yes, today! Happy Halloween, indeed!!!

Check out this great photo of the cast at MCM London Comic Con:

And here are some fabulous looks behind-the-scenes of when Morganville was being filmed in Dallas, Texas earlier this year: 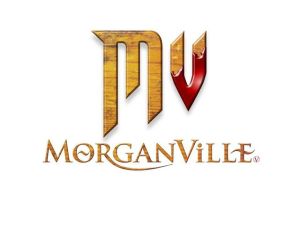 Here’s more about the web series:

Nothing is strange about the direction or production of Morganville: The Series. A show with a little more bite than most because well… the Morganville Vampires own their town and everyone in it and there’s not really anyone stopping them. And for fictional characters they are not backing down or backing off the new girl in town. Everyone’s suspect to Claire Danvers.

Which makes it all the more sweet to see the behind-the-scenes movies and photos, because the reality of this webseries is a long haul many books have made transitioning to another format. A realness steeped in long nights, insane shooting schedules (only 10 days!) and a fun-loving cast who were and are dedicated to making Morganville: The Series a wonderful treat for fans this Halloween season!

If you loved Rachel Caine’s Morganville Vamps in their book form; she is really hoping you love how Morganville: The Series captures the spirit and heart of her vampires in a whole new way. She cannot be more pleased with the results and wants especially the Kickstarter fans to know it wouldn’t have been possible without your generosity and faith in the project. And could not be more thrilled that Geek & Sundry believed in the project enough to match your giving and hosting Morganville: The Series on their awesome youtube channel.

Catch up on all of the episodes online HERE and learn more at the official Morganville Vampires website.

Find more behind-the-scenes goodies over at YA Fiction Examiner, too.