Today, I am so excited to share an exclusive interview with on of my all-time favorite authors — Sarah Beth Durst. Here latest YA novel, Chasing Power, is in stores TODAY and it’s pretty amazing. Like an Indiana Jones-style adventure, featuring teens with incredible supernatural powers. (See our review HERE!)

Thanks, Sarah, for stopping by today!

Each of your books has such a unique premise, and they are all so different. You usually have a wonderful origin story for how each idea was born. What sparked the idea for CHASING POWER?

Thanks! And I love the word “sparked,” because that’s exactly how I think of ideas, as sparks that blaze together to make a full story. You don’t have to have a lightning-strike moment to write a novel. It can be a tiny spark first, before it burns bright.

When I was in elementary school, I found a book in the Scholastic Book Fair (a.k.a. the best day of the year) called THE GIRL WITH SILVER EYES by Willo Davis Roberts. Ever since that moment, I’ve loved the idea of telekinesis. And that love gave birth to the spark that became CHASING POWER.

In other words, I wrote this book because I wanted to write about a girl with telekinesis.

But I didn’t want my girl to have Jean-Grey-like powers, able to throw planes and cars around with her mind. I wanted Kayla’s power to be limited — she can only move things as heavy as a credit card — but she’s clever. What could a clever character do with a minor power?

And that was what made CHASING POWER so much fun to write — Kayla was fun because her power was limited… but her imagination wasn’t. 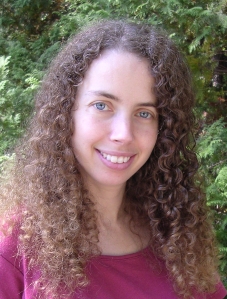 CHASING POWER takes readers all over the globe. Did you research any of the places your characters travel to?

Yes, I love research! In CHASING POWER, Kayla meets Daniel, a boy who can teleport, and together they travel the world. I specifically chose places that captured my imagination. Several were actually inspired by National Geographic articles that stuck with me, thus justifying my hoarding of several years’ worth of issues.

There are many kinds of magic and magical powers mentioned in CHASING POWER. What magical skill do you wish you possessed?

I wish I had the magical skill to stop pain. Stopping death would be problematic, I get that, but it would be nice to eliminate pain. Except for the ouch-don’t-touch-that-hot-stove kind of pain. But unnecessary pain and overwhelming grief — I’d like to be able to ease that. 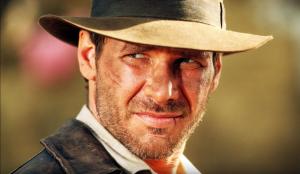 CHASING POWER has a very distinct Indiana Jones-style flair to its adventure. What do you think the world’s favorite archeologist would do if he ever met Kayla and Daniel?

He’d recruit them. Daniel is the most useful getaway vehicle ever, and Kayla (with her loose grasp on the concept of personal property) would be a fabulous sidekick for a treasure hunter.

Despite their many differences, what do you think is one thing ALL of your books have in common?

Magic. All my books have something impossible at their heart. I believe that one of the most wonderful things that a book can do is let you touch something beyond reality. Each also has adventure, romance, and humor — just mixed in different amounts.

Actually really love their breakfast sandwiches, specifically the one with Gouda and bacon.

Skill you wish you possessed?

I wish I could remember everything I ever learned. Instead, I suspect that a whole bunch of useful knowledge was displaced by 80s song lyrics.

So You Think You Can Dance.

Favorite member of the Avengers?

Probably Iron Man, because Robert Downey Jr. plays him so perfectly in the movies. Also he’s the most useful character in the Lego Marvel Super Heroes video game, especially if you pick Mark 42 or Heartbreaker. (I love all the Lego video games.)

Ahh, my husband loves the Lego Marvel Super Heroes video game! (It was my birthday present to him this year.) Thanks again for stopping by, Sarah.

And remember – Chasing Power is in stores now! Here’s more about the book:

Sixteen-year-old Kayla plans to spend her summer hanging out on the beach in Santa Barbara and stealing whatever she wants, whenever she wants it. Born with the ability to move things with her mind — things like credit cards, diamond rings, and buttons on cash registers — she has become a master shoplifter. She steals to build up a safety net, enough money for her and her mom to be able to flee if her dad finds them again. Well, that, and the thrill of using her secret talents.

But her summer plans change when she’s caught stealing by a boy named Daniel — a boy who needs her help and is willing to blackmail her to get it. Daniel has a talent of his own. He can teleport, appearing anywhere in the world in an instant, but he lies as easily as he travels. Together, they embark on a quest to find and steal an ancient incantation, written on three indestructible stones and hidden millennia ago, all to rescue Daniel’s kidnapped mother. But Kayla has no idea that this rescue mission will lead back to her own family — and to betrayals that she may not be able to forgive… or survive.