Want more from Brazenauthor Katherine Longshore? Last week, we shared 7 more YA books about the Tudors … but even more are included below, in our look at other novels from Longshore! 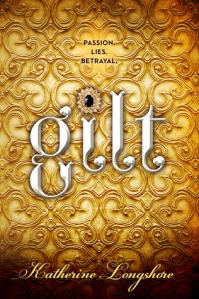 In the court of King Henry VIII, nothing is free — and love comes at the highest price of all.

When Kitty Tylney’s best friend, Catherine Howard, worms her way into King Henry VIII’s heart and brings Kitty to court, she’s thrust into a world filled with fabulous gowns, sparkling jewels, and elegant parties. No longer stuck in Cat’s shadow, Kitty’s now caught between two men–the object of her affection and the object of her desire. But court is also full of secrets, lies, and sordid affairs, and as Kitty witnesses Cat’s meteoric rise and fall as queen, she must figure out how to keep being a good friend when the price of telling the truth could literally be her head

Anne Boleyn is the odd girl out. Newly arrived to the court of King Henry VIII, everything about her seems wrong, from her clothes to her manners to her witty but sharp tongue. So when the dashing poet Thomas Wyatt offers to coach her on how to shine at court—and to convince the whole court they’re lovers—she accepts. Before long, Anne’s popularity has soared, and even the charismatic and irresistible king takes notice. More than popularity, Anne wants a voice—but she also wants love. What began as a game becomes high stakes as Anne finds herself forced to make an impossible choice between her heart’s desire and the chance to make history. 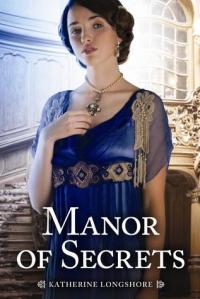 Manor of Secrets by Katherine Longshore

Lady Charlotte Edmonds: Beautiful, wealthy, and sheltered, Charlotte feels suffocated by the strictures of upper-crust society. She longs to see the world beyond The Manor, to seek out high adventure. And most of all, romance.

Janie Seward: Fiery, hardworking, and clever, Janie knows she can be more than just a kitchen maid. But she isn’t sure she possesses the courage — or the means — to break free and follow her passions.

Both Charlotte and Janie are ready for change. As their paths overlap in the gilded hallways and dark corridors of The Manor, rules are broken and secrets are revealed. Secrets that will alter the course of their lives. . . forever.

For the comments: Have you read any of Katherine’s books? Tell us your thoughts on them!