I was so crushed earlier this year when I read NAL’s press release that The Keep would be the last book in Veronica Wolff’s The Watchers series — especially after I got to that incredible ending. So I was thrilled when Veronica announced that she would self-publish more books in the series. 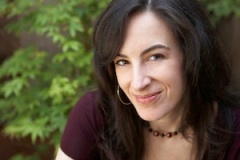 I asked Veronica to talk about this decision. Here’s what she had to say:

I’m just so far from being done with Drew’s story. Not only do I feel I owe it to my readers to show them what happens to her but (at the risk of sounding strange) I owe it to these characters who’ve become so vivid for me. Also, as an author, I want to have the experience of seeing it through to the end. I guess I have to see she’s okay for myself…LOL.

Veronica says you can look for the next book in The Watchers series in December 2013. Look for an EXCLUSIVE SNEAK PEEK right here at Novel Novice on Friday!