The Revenant by Sonia Gensler is a beautiful cross-breed of many genres, each one employed masterfully throughout the entire novel. Today, we’re taking a look at two very crucial elements of the book — which could help those of you participating in our The Revenant Ghost Story Writing Contest. Today, we’re looking at the elements of a ghost story and the Gothic novel.

Elements of a Ghost Story

Though we tend to think of a “ghost story” as any scary story — in the most literal sense, it should be a story that is about ghosts. And as “Casper” taught us, not all ghosts are spooky — though in the case of The Revenant (and any Gothic novel), the ghosts are generally a bit on the creepier side. 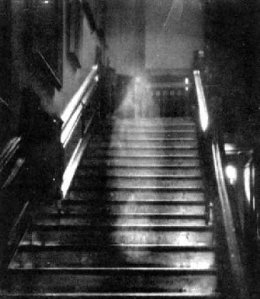 However, ghost stories can serve multiple purposes: they can provide comedy to a story, or serve as prophets or moral guides to a human character.

And while ghost stories span all cultures and languages, M.R. James identified these five key features of the classic English ghost story:

For a more contemporary explanation, Susan Hill (author of The Woman in Black) explains it as such:

There are important differences between a ghost story and a tale of terror or horror.

What is required is a real ghost. It’s got to be something which is seen now, but is the image of somebody who is known to have existed and is known to have died. It may be a child, adult or animal; it may be seen or heard; but it is certainly more than just in someone’s imagination. 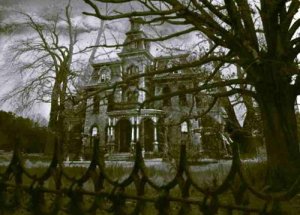 In it’s most basic form, the Gothic novel is described as a piece of literature that combines both romance and horror — two elements both at work in The Revenant.

Classic pieces of literature considered “Gothic” include such well-known novels as:

On her website, The Revenant author Sonia Gensler wrote:

I adore the iconography and themes of Gothic — the dreary, crumbling castles or mansions, the dark forests and desolate landscapes, the atmosphere of gloom and confusion, the very real threat of supernatural forces, and the general sense of foreboding and mystery. Why is this so cool to me? I think it boils down to how Gothic landscapes are often a projection of unresolved internal conflicts.

Themes and icons are crucial elements of the Gothic novel. These are some you would typically see in a classic Gothic piece:

For the comments: what are your favorite “classic” ghost stories and/or Gothic novels?

3 thoughts on “The Revenant: Elements of the Ghost Story & Gothic Novel”