All this week we’ve been featuring Abandon by Meg Cabot, the first book in her new paranormal trilogy. There are so many things we love about this book (great characters, eerie happenings, romance, intrigue, etc.) — but something we’re really keen about is the fact that Cabot draws so much influence from topics perfect for the classroom!

And that’s something we love to do here at Novel Novice — take a great new contemporary YA novel, and show you ways to use it in school. Here are just a few ways to take Abandon into the classroom:

Greek Mythology & the Story of Persephone

At the very root of Abandon is the myth of Persephone in the Underworld. Cabot told us earlier this week how much she’s loved this myth since her teen years, and frankly, we couldn’t agree more. Not only is this a fantastic story, but it’s perfect for the YA crowd.

here are various tellings of Persephone’s story, with many variations on the details. But in the most basic sense from classic Greek mythology, the story goes that Persephone is the daughter of Zeus and Demeter, the goddess of harvest. Demeter keeps her daughter well protected (even fending off suitors who are gods themselves), until one day Persephone is picking flowers and she is abducted by Hades and whisked away to the Underworld. In different versions Hades tempts Persephone, but the basic idea is that he steals her because he is in love with her. (In some versions, Zeus advices Hades to abduct her because Demeter will not allow a courtship otherwise.) Most versions of the story also include a scene in which Hades rapes Persephone.

Distraught by the loss of her daughter, Demeter refuses to let anything grow on the earth. This forces Zeus to intervene, for the sake of hungry people on earth, and forces Hades to return Persephone. But before she leaves, Hades tricks her into eating pomegranate seeds — which is considered a food of the Underworld. And according to the rules of the Fates, whoever consumes food of the Underworld must spend eternity there. Therefore, even though she is returned to her mother, Persephone must spend one third of the year in the Underworld. Thus, she becomes the Queen of the Underworld.

In most versions of the story, these months when Persephone is forced to live in the Underworld, Demeter causes a dry season in which nothing grows. Essentially, the myth is an origin story to explain the changing seasons.

Cabot also hinted in her interview with us earlier this week that more parallels from Greek mythology will come into play in the next two books in this trilogy, so there’s a good chance the rest of this series will offer even more chances to tie-in great classroom lessons!

Though Dante’s Inferno may often make it into your required reading list in high school, it’s one that’s definitely worth checking out. Not only has Dante’s work influenced all variety of pop culture (from books, to movies, music & more) — but it’s also a really great story.

This classic 14th century epic poem, is an allegory that tells the story of Dante as he is guided by the poet Virgil through the nine circles of Hell. (The allegory is the soul’s journey to God, in which the soul recognizes and then rejects sin.) But philosophy such as that aside, Dante also tells a pretty great story — offering some frightening versions of what fate awaits the worst sinners.

It’s not hard to spot Dante’s influence on Cabot’s work. The title of Abandon itself is pulled straight from The Inferno:

But in fact, Cabot features a different quote from Inferno at the beginning of each chapter in Abandon. For a really comprehensive study, as a reader you could study each passage from Inferno and compare its meaning and context to how it relates to Abandon.

What’s more, when you combine the content of Inferno with details of the Persephone myth, you get an interesting juxtaposition. Persephone, after all, becomes the Queen of the Underworld — and throughout Inferno, Dante is going on a journey through her realm. 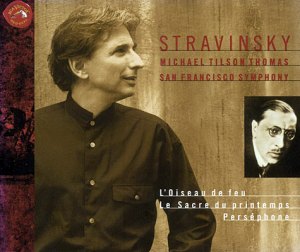 It’s not just English and Humanities classrooms that can find ways to incorporate Abandon. Get your music teacher in on the fun, too — by exploring Stravinsky’s Persephone, a beautiful orchestral & choral piece that retells the classic Greek myth.

This was actually my first exposure to the Persephone story, and what got me hooked on the tale (and reading various retellings). Growing up, my younger brother sang with a professional boys’ choir — and when I was 15, he performed this piece with the San Francisco Symphony. (And yes, it was just as cool as it sounds). Later, the recording he participated in even won multiple Grammy Awards!

It was listening to this music, and reading the translated lyrics (the song is performed in French) that exposed me to the story of Persephone. The haunting music and beautifully phrased lyrics simply drew me in.

Here’s a sample from my favorite bit of the piece’s third (& final) part:

For the comments: Share other ways you could tie Abandon into a classroom lesson. Or, tell us about your own studies on these subjects!