The story of Wildwing by Emily Whitman first begins in 1913 — until Addy, the main character, is whisked back in time to the 13th century — making the book chock full of brilliant possibilities for history lessons and classroom discussions.

Today, we’re delighted to share discussion questions & classroom activities for Wildwing that were created by Emily herself! Many thanks to Emily for compiling all of this information and for sharing it with us: 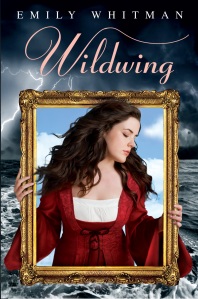 Here are some questions to help inspire your discussions of Wildwing. Once you read the book, I’d love to hear what other questions you’d add to the list.

* What time and place would you choose for your own time traveling, and why?

* What is the role of acting in the book? Is playing a part an escape or an act of self discovery?

* Why do you think Addy is drawn to falcons? What does she discover by working with them?

* William doesn’t want to capture the wild falcon at the lake, yet he also says of Pilgrim, “She’ll always be wild at heart.” Discuss.

* What is the role of faith in the book?

* Could Addy be happy as Sir Hugh’s lady-wife?

* Discuss Addy and Mr. Greenwood’s relationship. Why do they make the decisions they do in regard to each other at the beginning of the book? At the end?

* What do you think will happen after the last scene in the book?

* Has there been a time in your life when you felt like a newcomer? Does that influence who you are now?

* What role does social class play in the developing relationship between Addy and Will? Do social categories affect relationships today?

* Some stewards came from the nobility while others took university courses in stewardship to work their way up in the world—which so you think was the case for Eustace? What is his job? Do you have any sympathy for him?

* Have you ever felt you belonged in another time more than your own? What about the period makes you feel that way?

* Time travel is a bit like starting a new school: you’re thrown into a completely new situation where you don’t know the people or how things work, and you have to figure it out as you go along. Think about a time when you’ve felt like a newcomer, and write a poem, story, or scene of a play based on your feelings and experiences.

* Priest, knight, lady-in-waiting, steward, cook, carpenter, townsperson—choose the role of any person Addy encounters in the Middle Ages and do one of the following: write a brief paper about that person’s life; write a poem told in their voice; or present a monologue told by them about an event you imagine in their daily life.

* When Addy has her first meal at the castle, she makes mistakes because she doesn’t know table manners in a world where there are no forks, plates are slabs of bread that are given to the poor at the end of the meal, and you always wipe the rim of the goblet you share with your table partner. Discuss, or write about, what medieval manners say about society at this time. Find examples of manners in Wildwing, then write a story or create a picture where they play a role. Have a meal using medieval manners and write or talk about the experience. Draw or paint a scene of a meal in a castle.

* Why do you think falconry became the sport of the nobility? Summarize the information in Wildwing about training falcons and the role of falconry in the life of the castle. Peregrine falcons stoop, or dive after their prey, at speeds of over 200 miles per hour. Create a poster about these amazing birds. Find out how someone becomes a falconer today. Observe falcons and hawks at a zoo or raptor rescue center and write or draw a piece based on your discoveries.

* If you could travel back to the Middle Ages in Mr. Greenwood’s time travel machine, what would you want to know before you go? Imagine you run a time travel company and prepare a brochure with basic information for people traveling from our day to the Middle Ages. What should they expect in terms of travel conditions, housing, meals, manners? How will they need to prepare differently depending on whether they’ll be staying in town or at a castle?

* When Addy first goes back to the Middle Ages, she visits a town fair. Research fairs in medieval times. What role did they play in the growth of towns? In people traveling from their homes? In creating opportunities for brewers, bakers, craftsmen and others? In the structure of society? Write a story or create a visual scene about some aspect of a medieval fair.

* The author of Wildwing says one of the reasons she included falconry in the book was so she could spend time with falcons for research. What’s the most exciting topic you can imagine researching: skiing, glassblowing, India? Come up with a rough idea for three stories you could write that would include your topic. Then make a list of all the ways you can think of to find information. Don’t just include books and the internet. Be sure to consider experts you might speak with, or hands-on experiences you could pursue.