The Saturday Post is our weekly update on the biggest, most exciting news in YA books & graphic novels. Today you get two weeks’ worth of news, because I forgot to make a post last week!

* Cassandra Clare announced mega news about the movie adaptation of City of Bones: 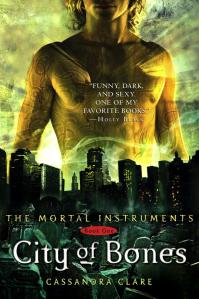 Screen Gems has teamed with Constantin Film and Unique Features to develop the motion picture franchise MORTAL INSTRUMENTS based on The New York Times Bestselling book series The Mortal Instruments by Cassandra Clare. Jessica Postigo penned the script which is based on the first book in the series, City of Bones. Constantin Film¹s head of Film & TV Martin Moszkowicz will executive produce and Robert Kulzer will produce the project via the Constantin Film banner along with producing partners Michael Lynne, Robert Shaye, and executive producer Dylan Sellers via their Unique Features banner.

Read the rest at Cassie’s blog.

* Speaking of Cassandra Clare, she gives us some new insight into the characters of Will, Tessa and Jem from The Infernal Devices series in a new interview with YA Fantasy Guide:

It’s very different from the one she has with Jem. This book focuses more on Tessa and Will; the next on Tessa and Jem, and the third, well, we’ll see. Will is a mess of a guy — he will remind readers of Jace in that he uses sarcasm to deflect attention and has a tragedy in his past, but unlike Jace, who saw his father die, Will’s tragedy is ongoing. It’s happening to him every day, and the worst thing about it is that he can’t talk about it with anyone. He wants to let Tessa in but he knows he can’t, so he pushes her away. But during the times when he weakens and does let her in, they have an electric connection neither of them can ignore.

* For all you Twilight fans, good news about the long-awaited official guide from Stephenie Meyer: 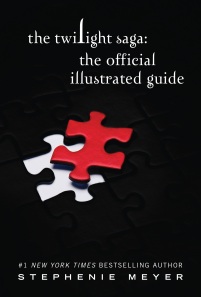 Little, Brown Books for Young Readers, a division of Hachette Book Group, has announced today at the Frankfurt Book Fair that it will release The Twilight Saga: The Official Illustrated Guide by Stephenie Meyer on April 12, 2011.  This definitive encyclopedic reference to the Twilight Saga is the only official guide and is full color throughout, including nearly 100 full-color illustrations and photographs.  The Twilight Saga: The Official Illustrated Guide will be released in hardcover for $24.99 and also be available as an e-book.

Read the rest at our sister site Novel Novice Twilight.

* Various exciting news headlines for fans of The Hunger Games:

* We recently started featuring graphic novels here at Novel Novice, and with that comes coverage of comic book movie adaptations. So we’re really excited to learn that Zack Snyder will be directing the reboot of the Superman franchise!

* In case you missed it, check out the gorgeous cover for Forever by Maggie Stiefvater — the final book in her Wolves of Mercy Falls series (due in stores Summer 2011):

* And don’t forget — if you’re in the Portland, Oregon area come to Wordstock Festival. It runs from 10am to 6pm both today & tomorrow!