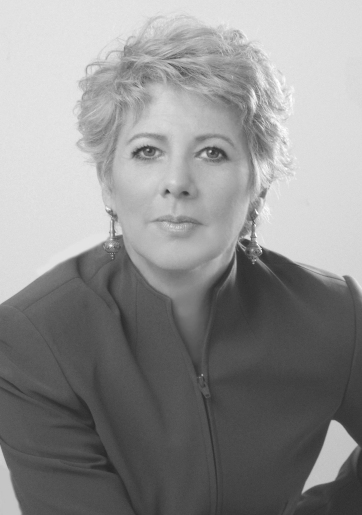 And so begins the last week of National Poetry Month, which means this post introduces our last featured poet… at least for April!

Lynn Emanuel (b. 1949) is unique in our poetry celebration this month in that she is the only living poet that we have featured prominently. T.S. Eliot, Sylvia Plath, and Allen Ginsberg have all come and gone – but Emanuel is still making her mark on the literary world… albeit at her own leisurely pace. It’s been more than 10 years since Emanuel’s last collection was published, but this year she released her newest collection: Noose and Hook.

Emanuel is currently a professor of English and co-director of the writing program at the University of Pittsburgh. She is the author of four books of poetry: Hotel Fiesta, The Dig, Then, Suddenly— (which we’ll take a closer look at tomorrow), and Noose and Hook. She has been the recipient of numerous awards and fellowships, but you can read about all of these in her Pitt bio.

To truly know more about Emanuel, you really must turn to her poems. (The first book-length study of this poet was released just this year – Pulverizing Portraits: Lynn Emanuel’s Poetry of Becoming.) Having grown up with a father who was an artist, some might say that his influence is what helped shape Emanuel’s poetry technique. She practically paints with words. She herself has said that she was living in a bohemian household… a rare thing in the 1950s. But her mother was a businesswoman. And that no doubt had its own bearing on her literary efforts. She seems to look at poetry (and life) both practically and artistically.

More on this book-reader-writer relationship as the week continues…

See all of our National Poetry Month posts